A few months after the end of the second Closed Beta phase, we’re pleased to announce to you that Century: Age of Ashes will be released on November 18, 2021.

The Development team took the time to analyze every feedback players had from the two first Closed Beta, and decided to take an extra time to make adjustments to the game before its release. We want to share today with you these new features about the game, and what is about to happen when the game will fully release.

Century: Age of Ages won’t be in Early Access as it was planned to be, and players will get their hands on the final product. The game will be Free-To-Play, which means we’re planning to work on regular updates to bring additional content such as in-game events, and also balance & bug fixes.

For those who didn’t know yet, baby dragons will be something new we’re bringing into the game. Baby dragons were one of the most requested additions by players during both closed beta periods, and Playwing are happy to share a sneak peek. We will share with you more details before the release of the game but we hope you will enjoy them. 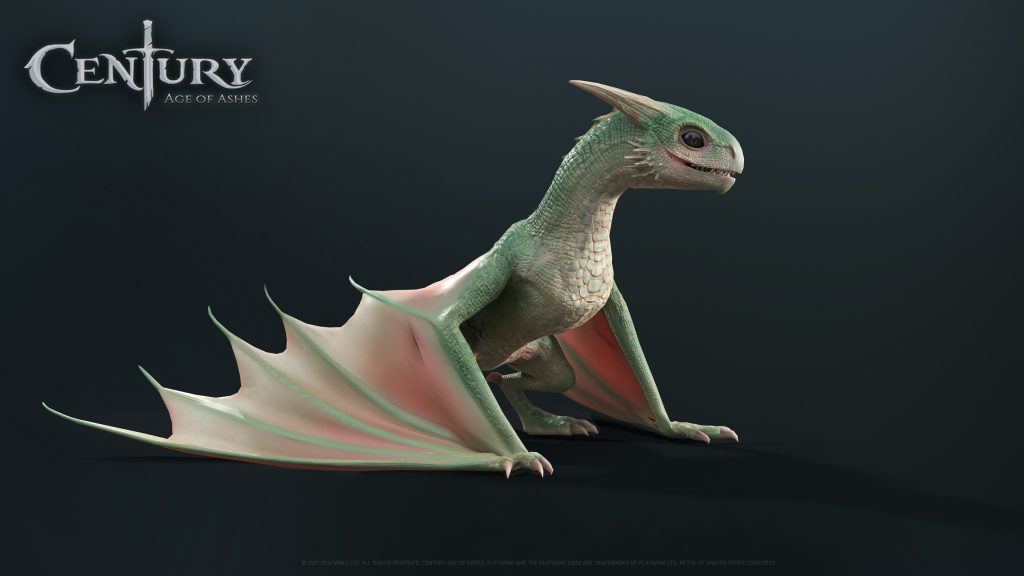 Alongside our two main Game Modes: Carnage & Gates of Fire, we would like to introduce to you a brand new game mode: “Spoils of War”. In this mode, you’re going to steal gold from mighty creatures & the enemy team while protecting your own gold nest. You’ll also need to adapt to various unexpected situations! This new game mode will bring players into a completely different type of gameplay, with a team-based focus, built on many tactical options. It will bring together the flying/fighting skills you need in Century, with a team-objective strategy approach we wanted to bring to our game after the Beta.To fully embrace this new experience, a new map will be dedicated to the “Spoils of War” mode.

Are you going to focus on the Gold Carrier dragon to steal the gold from him, or are you going to attack your enemies to strip them? You can also defend your own den so your opponents won’t be able to get your gold away!
Choose wisely your class as every role will have a specific impact on the game. You’ll have to adapt for your team to be victorious!

In order to provide you a complete experience with this new game mode, we had to increase the size of our team, organize many tests and of course develop this new addition to the game. This is why we had to postpone the release of the game to make sure we’re ready. We hope you’ll understand the new schedule and join us in the coming months to make Century a great game. We will share with you in the coming weeks more details about the new mode, and of course some video contents related to “Spoils of War”. Did we mention the new weapon “We don’t know the name yet, but you’re such a coward” ? Not yet ? Well… we’re pretty sure this code name will change soon.

We want to thank all of you for your patience, and we can’t wait for you to play the game alongside all the new features we prepared! You can also visit our Steam Page to purchase one of the Founder’s Packs that will unlock you Limited & Exclusive content on the game. You can find more information on our Founder’s Packs section.