21 октября, 2021 THE ORIGINAL SOUNDTRACK OF CENTURY : AGE OF ASHES 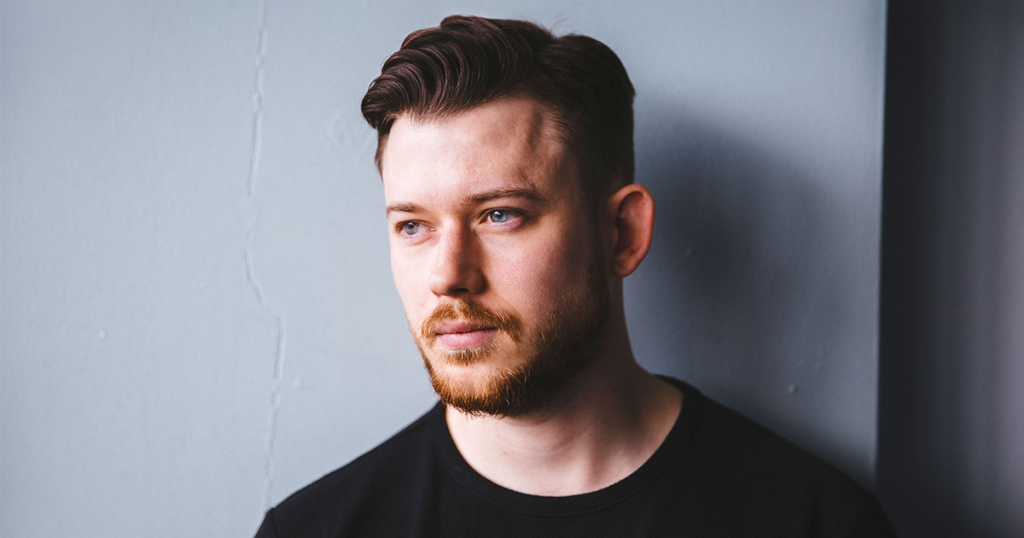 Century: Age of Ashes’ score was composed by none other than Marcus Hedges, a passionate composer most known for remixing retro video game music.

Discover the creative process behind Century’s main theme through Marcus directly, as he shares both his personal experience composing for previous projects and his own insight going into composing for Century: Age of Ashes.

Who are you and how did you get into composing?

I’m Marcus Hedges, a Brighton-based game composer in the UK. I’ve been having an absolute blast writing the original soundtrack for Century: Age of Ashes.

I was fortunate enough to play the piano from a young age thanks to my parents getting me some lessons and I always liked making up my own little pieces and learning things by ear. When I discovered that some people wrote music as a job, I thought that sounded like a lot of fun so I decided to study composition at university.

This is where I realised my love for film and game scores and orchestral music in particular. When I first started my degree, all I knew was playing the piano but finding out you could create music on a computer literally blew my mind. So, I spent a lot of time at uni getting to grips with music software and developing my ability to write for orchestra by listening to composers like Powell, Williams, Zimmer etc. and trying to understand what they were doing.

I went on to compose music for anything and everything, TV ads, short films, internet ads etc. but the focus for me was always on games. I’ve been an avid gamer since a young age and I’ve always loved writing music so I knew merging the two things I loved most was what I wanted to do.

I would often listen to the soundtracks of the games from my childhood like Zelda, Super Mario, DK64 for the nostalgia and one day I thought to myself ‘I wonder what they’d sound like fully orchestrated?’ This lead to me beginning my passion project ‘The Marcus Hedges Trend Orchestra’ where I arrange my favourite game/tv themes for the orchestra.

I quickly found that getting your foot in the door as a game composer is tough but thankfully, I eventually got the opportunity to pitch for an indie game and I landed my first video game project. 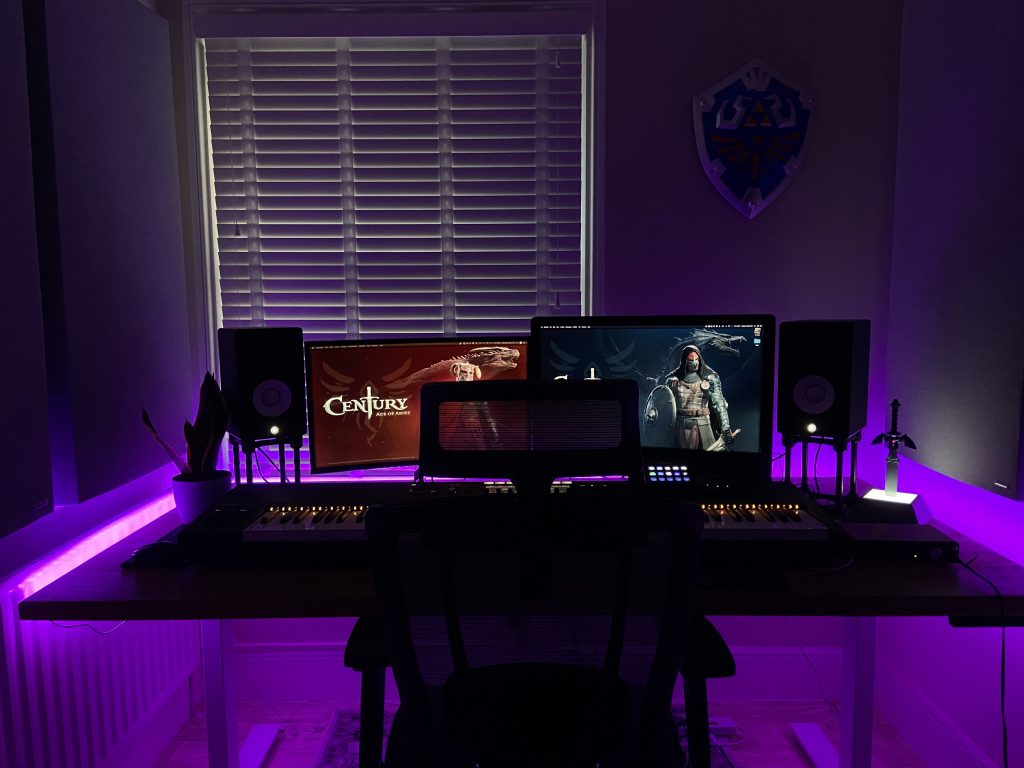 Can you tell us a little about your previous game projects?

Century: Age of Ashes is the third video game title of my career so far. The previous two being Ary and the Secret of Seasons, a 3D action-adventure platformer about a young girl who can control the seasons and Override 2: Super Mech League a game about giant robots fighting each other for sport

Ary was very much a story-driven adventure. There was a plethora of different locations to score each with their own attachment to the storyline and plenty of cutscenes. It allowed me to help tell the fantastic story that Genese Davis and Sebastien Le Touze from Exiin had written for the game and pushed me to always look for opportunities to subtly communicate different aspects of the backstory when writing the music. Similarly, in Century I’m always keeping why the dragon riders are fighting, where they’re fighting and how that connects to the Century universe in the forefront of my mind.

Override 2: Super Mech League was my first PvP title. It’s high-octane, explosions and laser beams. We decided to do one main theme and change the instrumentation and vibe to match the aesthetic of each arena. We had everything from surf rock for the beach arena to oompah brass for the Cakeland arena. This was a fun challenge and got me thinking creatively about how the same theme can be reworked to suit different aesthetics/moods and how to set an overall vibe to shine through in-between the chaos of robots throwing each other through buildings. Again, with Century I had to consider the same thing, there are countless moments of carnage, dragons roaring, fireballs exploding etc. but there would also be moments where someone is going to fly straight up to gain an overview of the battlefield or break away to get shield or health.

When approaching each new piece of music for Century I keep a couple of things in mind. Firstly, these warriors are about to fight to the death so the music often has a strong march-like pulse to encourage the player to feel focused, determined and primed for battle.

Secondly, the overall aesthetic/world of Century and what that sounds like. You’ll notice prominent use of a low male choir. I used it because, to me, it sounds forceful and menacing — these dragon riders have put their lives on the line to bring home the glory to their people. It’s life or death, it’s tradition! I like to think to myself that the choir is made up of all the generations of fallen dragon riders chanting and singing alongside them during battle.

Instrumentation-wise, the foundation of the score is a symphony orchestra but there are lots of extra spices thrown in there to give it its own sound that sits comfortably alongside the wondrous world Playwing has created for Century. From pulsing Viking-esque war drums, drones and tagelharpa to heroic brass and frantic string passages, I wanted it to have its own sound and identity — something that’ll hopefully make people think ‘that sounds like Century: Age of Ashes’. 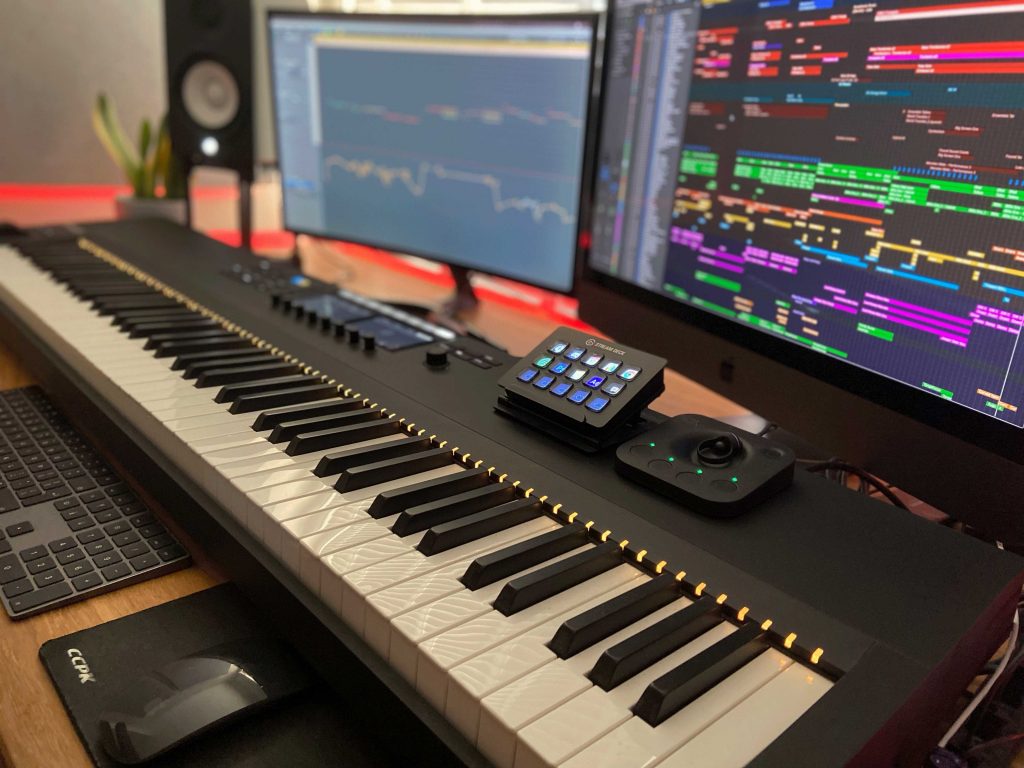 What hurdles did you face when composing the main theme of Century?

That’s a tough one. During the compositional process, you’re always overcoming hurdles in order to move a step closer towards a final product that you’re happy with. Most memorably, when writing the main theme I knew how I wanted it to end, and I already had the first half complete but I needed a way to connect the two.

The middle section took some time to get right. I wanted the piece to feel like it takes a bit of a breather from the preceding section but without losing its menacing ‘ready for battle’ nature (which I like to call badass-ness). So with some experimentation, I landed on some emotive strings but accompanying them is a tagelharpa, some ethnic percussion, different types of war horn calls and, if you listen *really* carefully, some low vocal growls. This kept everything feeling strong and war-focussed but creates a nice contrast for building into the slightly more intense final section.

If you’re curious, the tagelharpa is a four-stringed bowed lyre and I really think it has a cool, harsh, nordic/folky sound that, juxtaposed with the smoothness of a string section, gave a really nice effect. It actually makes an appearance a number of times throughout the rest of Century’s soundtrack, sometimes it’s easy to recognise and sometimes it’s mangled with audio plugins beyond recognition.

Another thing we noticed was that the main theme music can feel a bit much if left idle on the main menu for a long time so I created a second version of the main theme. One that was way more atmospheric and much less intrusive but kept the same structure and melodic identity. This way we could switch to something much less in your face if for example, the player is AFK or they’re waiting for friends to join.

Any cool facts you wanted to add about the Century Main Theme?

So, if you listen really carefully, like reeeaallly carefully, you may be able to hear that I included a dragon wing flap as part of the percussion hits. Kind of like a little Easter egg I guess. I love things like that. 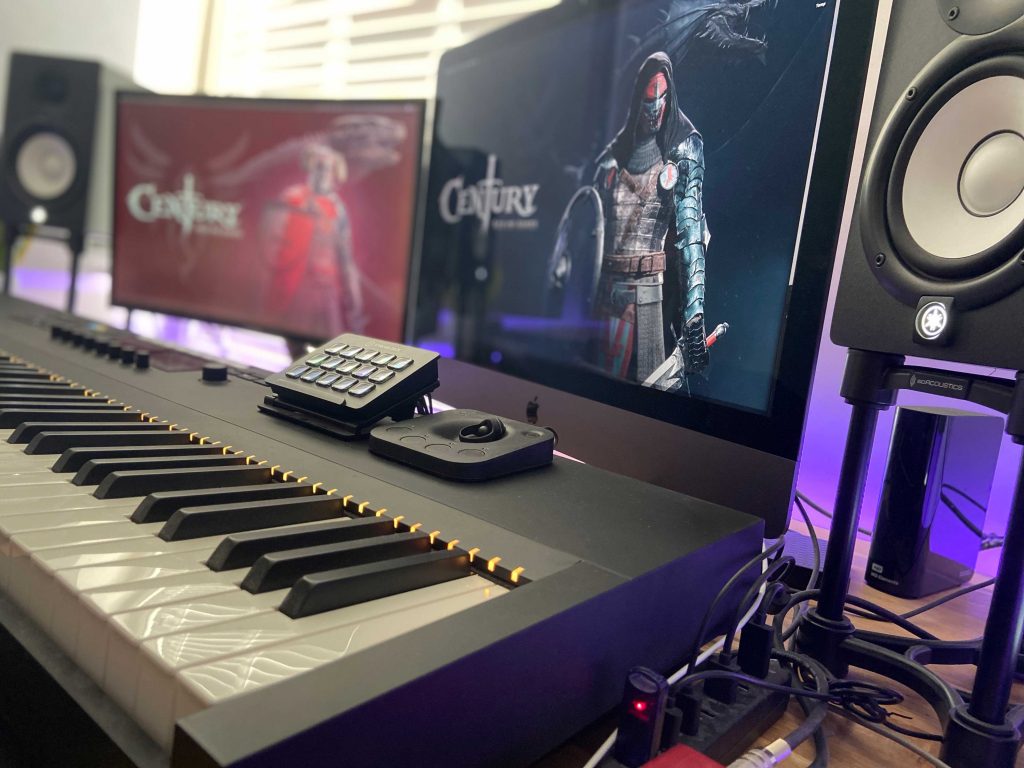 What are some of your favourite games, movies and TV shows, either from your childhood or currently, and did they influence the score of Century?

Oh man, I could talk about games, movies and TV forever. I love games like Zelda, God of War, The Last of Us, Apex Legends, Ratchet & Clank etc. and I’m also a big fan of TV shows like Vikings, The Witcher, Walking Dead, See, Game of Thrones and pretty much anything Marvel — the list is way longer 😆. However, all of those listed above, in my mind, carry at least some similarity to Century and its aesthetic and so I think it’s an amalgamation of all of these adventures I’ve witnessed and experienced that I’ve used as fuel for inspiration when composing the Century OST.

What is your favourite Century Class?

I have played a lot of Century and a good portion of it was on my own whilst testing. But to be honest, just flying around the map and shooting fireballs at the walls of the castle was unbelievably fun! Once I got to play against other people during each of the betas, my favourite class immediately became the Marauder. I think the Bloodchaser looks especially fierce even more so with armour on and I like the fact they can track their prey. With the manic of battle going on it feels good to get some extra focus from that ability.