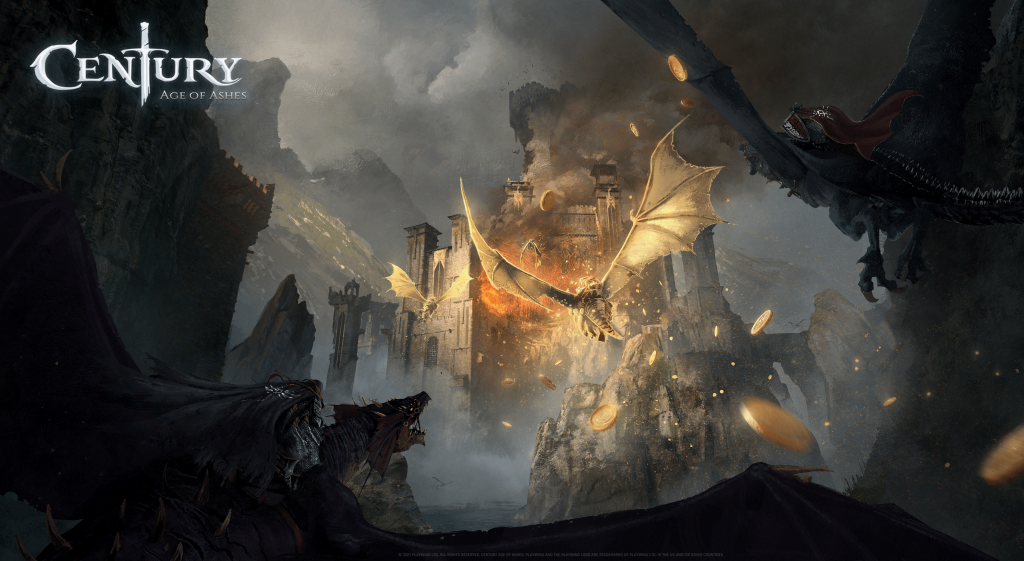 Today, we are giving the mic to Anton, Game Designer on Century: Age of Ashes!

Who are you and what are you working/have you worked on?

My name is Anton and I’m in charge of everything gameplay on Century, more specifically classes, game modes, controls, and the overall balancing of the experience. So, yes, I’m the one to blame for pretty much everything that you may complain about while playing, which is fine since pain and anger are my main means of sustenance as a game designer.

I also do some code on the side, which usually ends up with me sprinkling errors all around for real devs to fix (sorry). Among other things, I coded the Windguard’s Salvation Surge and most of the interface you see while in a match have had me working on it at one point.

Finally, I’m tasked with writing the texts for the whole game, including the naming and description of items and, of course, dragons.

How were the classes of Century: Age of Ashes designed? What did you focus on to differentiate classes from one another?

Some might expect that we had a very precise and laid-out plan for classes, with each one having a set collection of powers related to its peculiar character and dragon from the get-go.

That would be the opposite of what we did, and that’s because we were stepping on pretty uncharted territory at the time. As a result, each class was built as a compound of the various weapons and powers that “worked” during testing, which were then refined to fit the archetype we eventually chose for each. As an example, we believed it made sense for the Marauder to be able to use the Frost Bolts, as opposed to the Mine which would feel a bit awkward while playing, or the Smoke Trail which would be the opposite of what the character stood for.

As a result of this very “bottom-up” process which lasted a few months, we eventually felt like we could adopt more “deliberate” ways to try furthering the gameplay personality of each of the classes, which is what we ended up doing just that after the closed betas with the additions of the Passives and Rages.

The Spoils of War mode is an all-new mode which wasn’t available in the Beta but will be available when the game launches. What motivated creating this mode, and what are its key elements?

Spoils of War is the result of everything we have learned gameplay-wise up to now, with the idea of a mode centred around fixed bases or fortresses being something we have been wanting to do for quite some time. Additionally, we trusted the addition of the gold-carrying NPCs would bring a new dimension to battles, with the ability for a player to choose between different types of playstyles with varying levels of aggressivity (I see you, Marauder mains).

As for the key selling points, the feature we like most is the events system which has this ability to generate game-changing moments, especially when they happen late during a round. We strived to build that whole drama around each one of the events with the idea that the tables may turn at any moment. We feel it really worked out in the end, in particular when we saw the Vault Breacher’s explosion effect for the first time 💥

Tell us more about the Rage mechanic which was revealed a while ago!

The Rage system stemmed from a very primordial urge that you sometimes feel when playing Century, which arises the moment you get absolutely pounded by enemy fireballs and you’re just like “I want to tear these people apart right now and then make a necklace out of their burnt vertebrae”.

The whole idea was to provide that moment to players (except for the necklace part), but confined to a limited number of times per match so as not to unbalance the rest of the gameplay, in particular since triggering Rage fills up both your Health and Stamina to the max. We also wanted to keep it synthetic, with the notion that the Rage is only a better version of your power and not a completely new skill for you to learn in the heat of battle.

In the end, we feel it’s a good inclusion to the overall flow of battles and it opened up doors we hadn’t previously explored, such as the Windguard being able to make a chosen teammate Berserk which is pretty neat. Obviously, it also brings a richer approach for the design of the next classes 👀

What can players expect to see next in Century: Age of Ashes?

I already mentioned new classes as these are definitely on the way. New maps and new game modes are a good bet as well.

At the end of the day, it will also depend on how the community feels about the different aspects of gameplay, which will also be complemented by the data we gather during the launch period. If everyone ends up wanting a cooperative game mode in which you, as a Phantom, must gather sugary treats for your dragon to eat in a purple-coloured map, we’ll have to at least consider it (I didn’t say we wouldn’t judge).

Balancing will also be a super important subject as to ensure the game remains healthy, fun, and challenging at all levels of play. My personal goal is to keep buffing the Windguard until it becomes the dominant character and the game has to be rebranded as “Century: Age of Windguards”. Sadly, the team won’t let me do it.

On a more serious note, I am not allowed to go into too much detail regarding our plans for the future. I simply hope you will enjoy the game on release and come to also be satisfied with everything we will be adding in the coming months. We have great plans for the game’s evolution and we believe the current version is just a taste of what the future will hold…

This is starting to get a bit long so have a nice day and see you on the battlefield on December 2nd!